Get fresh music recommendations delivered to your inbox every Friday.
We've updated our Terms of Use. You can review the changes here.

For the Love of Pete

from Skull & Magpies by the Mad Maggies 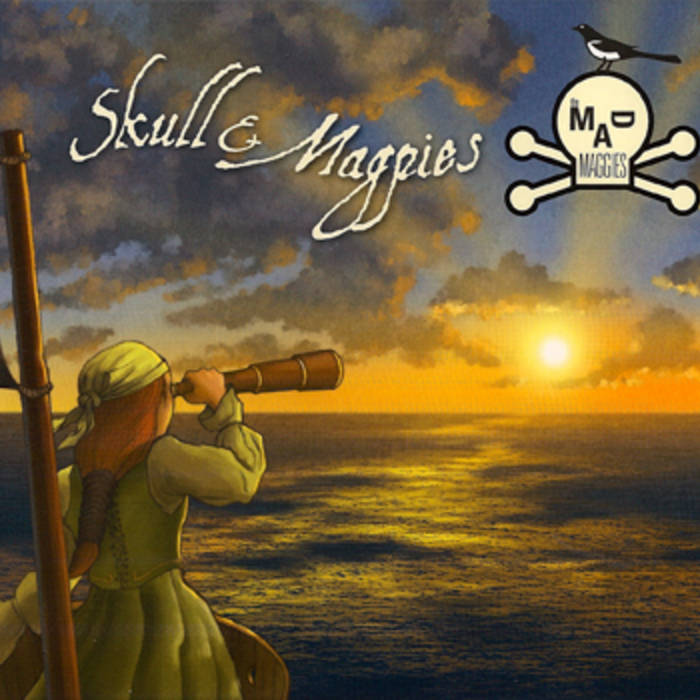 FOR THE LOVE OF PETE

He’d gone a sailing in pursuit
of guns and rum and Spanish loot
but anything can happen on the deep, deep blue sea

Now Sally Doogan loved that man
despite his tendency to cheat, love of drink, rotten temper, stinky feet, missing teeth
And though she’d never been to sea
she swore to rescue Pete.

She bought a sloop and named it Belle
and bid her simple life farewell
as anything can happen on the deep, deep blue sea

Those scoundrels sought to seize Sal’s sloop
but in their midst there came a whoosh
the whale exhaled, the rogues were spooked,
their leader begged a truce

So Sally commandeered their fleet
replete with gold to Port Royal
There’s danger but there’s booty on the deep, deep blue sea

On shore the captain Sally spied
two rum-soaked wenches by his side
And in a flash she saw the truth
She’d rather be a mariner than married to that brute!

The Mad Maggies are musicians from Montreal, Quebec and the San Francisco Bay Area who play rowdy ska rock folk fusion with a dash of hot pepper and a swig of slivovitz -- they kick up some dust.